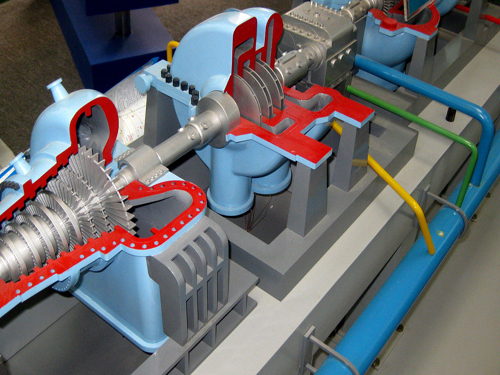 In 2014, in the face of the complex, changeable and severe market environment at home and abroad and the new normal of my country's economic development, the overall development of the general machinery industry achieved good results. According to data provided by the China General Machinery Industry Association, at the end of 2014, there were 5309 enterprises above designated size in the general machinery industry in my country, including: 82 large enterprises, 639 medium-sized enterprises, 4588 small enterprises, 152 state-owned and state-controlled enterprises, 108 collective holding companies, 195 Hong Kong, Macao and Taiwan holding companies, 4,165 private companies, 532 foreign-funded companies, and 157 others; the total assets of the entire industry are 756 billion yuan; the annual revenue from main operations is 938.4 billion yuan; shipments are completed The value is 102 billion yuan; the total profit is 63.1 billion yuan.

is running at medium and low speed

In 2014, the development speed of the general machinery industry slowed down significantly, and the economic operation growth rate of the industry showed a trend of high and low, steady progress, and medium and low speed operations.

Judging from the industry’s main business income and total profit data, the year-on-year growth in 2014 has slowed down significantly. In 2014, there were 5,309 enterprises above designated size in the general machinery industry. The main business income for the whole year was 938.4 billion yuan, a year-on-year increase of 5.62%, and a decrease of 7.22 percentage points from the previous year. It was unexpected by the industry and far exceeded expectations.

The industry realized a total profit of 63.1 billion yuan, an increase of 1.31% year-on-year, a 9.34% drop from the previous year, and the profit margin of its main business also decreased by 0.29% from the previous year. Insufficient market demand and increased investment in enterprise transformation and upgrading, technology investment, energy conservation and emission reduction, etc. are the main reasons for the decline in profits.

Affected by the decline of the traditional market

In view of the current industry situation, the head of China General Machinery Industry Association said that this is mainly related to the following reasons.

First of all, the traditional market continues to decline, and the development of emerging industries is slow. Traditional mainframe market demand has been sluggish, new projects have decreased, and renovation projects have increased. However, the increase in renovation projects is far from meeting the industry's production capacity. Enterprises obviously feel that the increase in market information is declining compared with the same period last year, and the industry situation is severe. Secondly, orders dropped and contract stocks were insufficient. In the past two years, the industry situation has continued to be severe and contracted orders are insufficient. The decline in traditional market demand in 2014 has been highlighted, which will affect the year-on-year decline in the volume of contracts to be delivered in 2015, which will adversely affect the first half of 2015. Secondly, accounts receivable continued to grow, and the quality of sales receipts declined. Affected by the economic situation, accounts receivable continue to grow, and some users delay receiving goods or refuse to pay for goods for various improper reasons.

Sui Yongbin, Special Advisor of China Machinery Industry Federation and Chairman of the Presidium of China General Machinery Industry Association, pointed out: Under the current economic environment, the equipment manufacturing industry faces three major challenges: First, objectively, there is insufficient market demand, and it is difficult to make fundamental changes in a short period of time; Second, the industrial structure is unreasonable. There is a serious surplus of middle and low-end products, and high-end products need to be imported in large quantities. The ability of independent innovation is not strong, which cannot meet the needs of the national economy and infrastructure construction. Take marine engineering as an example. At present, offshore oil drilling platforms The localization rate of equipment is only about 30%; third, the localization of major technical equipment has yet to become the consensus of the whole society. Similar to the localization of natural gas pipeline transportation equipment and nuclear power equipment