Strengthening the foundation is the fundamental way for the manufacturing industry to become stronger
Date: 2020-10-20 14:27:34Pageviews: 213 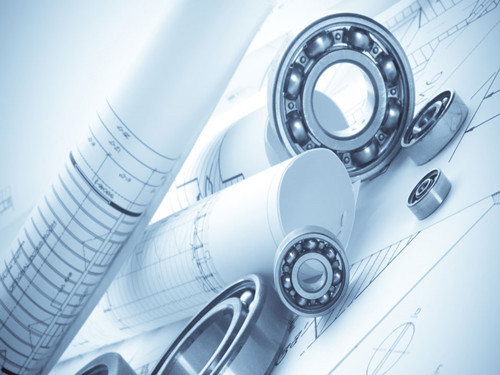 In 2014, the output value of my country's manufacturing industry ranked first in the world for 5 consecutive years, and the output of most products ranked first in the world. One by one, super-large, super-heavy, super-wide, and super-high major technical equipment have been developed, inspiring the confidence of the Chinese people, but super-precision and super-micro products have always plagued China's equipment manufacturing industry. For a long time, the development of my country’s equipment manufacturing industry has been highly “embedded” from outside, insufficient independent basic research, lack of support for underlying technologies and supporting industries, and uneven development; breakthroughs in major technological equipment achieved through “national power” are mostly Stand-alone, unable to achieve the layout of the entire industry chain. A valve with low density and an uneven weld have already brought disastrous consequences to people's production and life.

When we disassemble the proud equipment, the more we disassemble, the more problems we find. Take industrial robots as an example. Over 90% of the RV reducers used in the joints of robots are monopolized by Teijin Seiki. Some people say that the Japanese say kneeling, and few robots in the world can stand... Now, the foundation of my country's high-end equipment Components, especially moving parts, such as valves, servo motors, engines, reducers, and automatic gearboxes almost all rely on imports. Most of what we can produce by ourselves are static parts, which ultimately results in the price of our equipment being sold according to the weight of the machine. Product profits will be squeezed by the price of raw materials. Products that lack technological innovation have weaker bargaining power and are often constrained by others.

In the 1950s, Japan vigorously developed the manufacturing industry and began to follow the development strategy of "complete machines driving parts and components". However, in the 1960s, they felt that this path was contrary to the industry's own development law, so they changed to strong Support basic technology and basic components, starting from the bottom. So far, the Ministry of Economy, Trade and Industry of Japan has to support more than 200 basic technologies every year to support the development of Japanese manufacturing.

Many large companies in the equipment manufacturing industry in Europe, Japan, and the United States have slowly expanded from the extractive industry to the smelting industry, and then slowly evolved to the manufacture of metal products, and finally become manufacturers of key parts and components of equipment and manufacturers of complete machines. The natural evolution process of this industrial chain makes the equipment manufacturing enterprises have a solid foundation and "long" internal strength. Even very ordinary products can be injected with long-term accumulated experience and technology, and finally high-end products can be manufactured.

In recent years, Japan still has a group of "monster-level" longevity companies (about 3,000) and a group of experienced craftsmen in the field of key parts and components. Japan still has an absolute technological advantage in the global electronics, materials and other technology-aggregated industries. It is not Japan’s “electric rice cooker” and “toilet lid” in our eyes, but the cutting-edge technological strength of the control components and raw material industries hidden behind these consumer products. Germany has resisted the impact of the international financial crisis by relying on its thousands of invisible champion companies focusing on component development and strengthened the international competitiveness of its manufacturing industry.

Developed countries rely on their own technological and capital advantages to firmly control key components and technologies that are at the core of the global industrial chain. This has a profound restraint and impact on the development of my country's equipment manufacturing industry. The first is to control the production rhythm of my country's own products, and industrial safety is difficult to guarantee. For example, the Great Earthquake in Japan almost caused some complete machine manufacturers in my country to stop production. Another example is that foreign businessmen can deduce the output of my country's defense products based on the key component parameters commissioned for processing. Second, product profits are transmitted abroad along the parts industry chain. For example, in the fiercely competitive automobile market, some foreign businessmen propose to cut prices, but China disagrees, because the Chinese side can only get profits in the final vehicle sales, and foreign businessmen have already made a lot of money on key parts. The third is to control the safety and reliability of products. For example, in the machine tool industry, the reliability of foreign countries can reach up to 5,000 hours without failure, with an average of 2,000 hours. However, there is still a certain gap between the average hours of Chinese products and foreign countries. The main reason for the lag in the development of key components in the machine tool industry is that domestically-made functional components cannot meet the requirements of the main engine in terms of variety, quantity, and grade.

The country should encourage enterprises to play

At present, there is not much time for us to catch up. In recent years, new laws in the development of the manufacturing industry have hindered the pursuit of domestic basic parts and components. For example, the trend of high integration of information technology and traditional manufacturing is becoming more and more obvious, and the trend of modularization in modern manufacturing is becoming more and more obvious. The electronicization of parts has made parts more integrated and "black boxed." In the face of this trend, traditional imitation methods have failed, and reverse engineering has become more and more difficult. The future enterprise must have a kind of "positive development" ability, can better understand the internal mechanism of the product operation process, and accept more complex design strategies. And this forward design ability must be the result of long-term experience accumulation and the coordinated development of the entire industry chain.

The state should encourage companies with competitive advantages to innovate in the entire value chain. It is necessary for upstream and downstream companies to establish a stable contractual relationship, sharing prosperity and disgrace, and coordinated development. Chinese companies have not yet realized the importance and urgency of establishing such a full value chain system. With the increasing pressure on the environment and safety, the development of intelligent and green products, and the transformation and upgrading of China's complete machine enterprises, a large number of small and medium-sized suppliers are faced with a life-or-death decision. For example, a well-known air-conditioning company convened more than 60 supplier conferences in order to improve product intelligence, forcing suppliers to upgrade the informatization of parts, or they would be eliminated. The positive one is to force the transformation and upgrading of parts and components enterprises; the negative one is that Chinese suppliers may be replaced by foreign companies, making the overall development of the industry face a crisis of hollowing out parts. For example, in the 1950s and 1960s, the US auto market has been dominated by local auto companies, but because local companies did not respond to the increase in emission standards in a timely manner, a huge space was provided for Japanese cars to enter the U.S. market.

In the future, we must establish a new manufacturing development model. Realize the transition from a “top-down” management model to a “bottom-up” open and collaborative governance model, prioritize the development of basic technologies, common technologies and materials, and key components; build an enterprise-based manufacturing innovation system, Give full play to the bottom-level wisdom and experience of enterprises in innovation; actively promote the joint development of small, small and micro enterprises in conjunction with complete machine factories to develop special products customized for users; gradually form supporting industries such as basic technologies and key basic components to support the continued health of the manufacturing industry A new pattern of steady development. "Made in China 2025" has already given the answer.

Previous: Stainless steel from wire to finished product, all process sequences
Next: Automation instead of labor will become mainstream
[ Print ][ Close ]