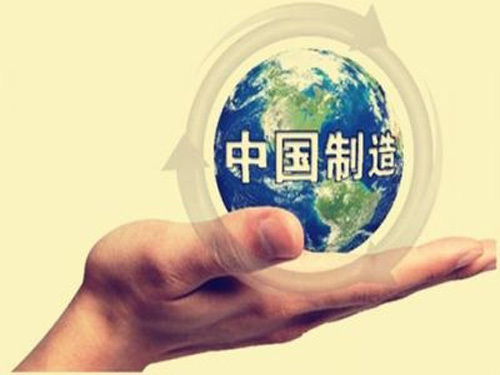 From imitating assembly to introduction and absorption, to acquisition and cooperation, the distance between Chinese manufacturing and its rivals is getting closer, and the technological blockade encountered is getting stricter. Achieving innovation-driven, transformation and upgrading is the only way to "Made in China 2025". Reconstruction of the key common technology research and development system is a must for the transformation of Made in China and intelligent manufacturing in China.

However, innovation is not easy. Speaking of innovation, Guan Xiyou, Chairman of Shenyang Machine Tool Group, sighed with deep emotion: "I knew i5 would be successful today, and I should pounce all the money at the beginning!" And recalling the hardships of innovation, he also said in his heart: "If you let I’m going to do it again, I don’t know if I will continue to innovate."

The reporter's survey found that the three issues of innovation motivation, evaluation mechanism, and innovation patience are bothering enterprises and need to be solved urgently.

Why do many people call for innovation but dare not to innovate?

Shenyang Machine Tool Group i5's research and development, first of all bear the huge pressure from the enterprise.

"Invest in more than 100 million yuan every year, but when I went to the Shanghai R&D base, I saw only a group of young people and dozens of computers, and no one knew when it would be successful." Looking back on the way, Guan Xiyou still has a lingering fear.

Every year at the end of the year, the company’s decision-makers will be very entangled, whether or not to pay? Even once the chairman of the board granted the money to the R&D base, the relevant department of the company asked for it again.

"By 2012, the mature technology has not yet been developed, the R&D funds are almost exhausted, the cooperation projects with Germany have not made much progress, and the market sales have fallen again... That was the hardest day. One day I was on the roof of a German hotel. After standing up all night, the heart of jumping off the building is gone.” Guan Xiyou said, “Major innovations are often accompanied by huge risks and uncertain factors. Once they fail, the country’s money will be lost. As the person in charge of a state-owned enterprise, it is difficult for me to jump off the building. Confess."

Made in China has entered a new stage of innovation-driven, and the entrepreneurial spirit of adventure is most needed. For state-owned enterprises, while encouraging risk-taking and innovation, it is necessary to ensure the safety of funds. Creating a good environment that tolerates failure is a problem to be solved.

Some state-owned enterprises have unspeakable difficulties with innovation: First, the manufacturing industry is originally profitable, and a large amount of R&D investment will eat up profits, and the performance will not be good. The second is that the chairman of a company often changes places after working for a few years, and lacks a long-term innovation strategy. The third is that R&D investment exceeds a certain amount, and it is difficult for enterprises to decide, and relevant matters need to be approved by the superior authority.

Lin Muxi, a professor at Liaoning University, believes that state-owned enterprises have more restrictions on asset changes and incentive mechanisms. In the ever-changing market competition, if there is less autonomy, there is more danger of failure. The reform of the operating mechanism and decision-making mechanism of state-owned and state-holding enterprises should be accelerated, so that enterprises can increase their motivation for innovation while independently responding to market competition.

In contrast, in some private enterprises, the head of the enterprise is not affected by the tenure system, the company's interests and personal interests are tied together, and there is greater flexibility in the allocation and incentive mechanism, which promotes the rational internal control and innovation of innovation to a certain extent. Driving force.

Innovation requires a good mechanism. Innovation is not managed, but released. Letting go requires the joint efforts of enterprises and the government.

Who has the final say on the results of innovation?

Who will judge and test innovation achievements?

This seemingly simple proposition is of great significance to whether the Chinese manufacturing can achieve a gorgeous turn. However, this problem has made Shenyang Machine Tool Group feel much torment.

"You should not be overly entangled in the academic definition of intelligent machine tools. The market is the only criterion for the inspection of innovation results." Zhu Zhihao, head of the i5 innovation team, believes. The decision-makers of Shenyang Machine Tool Group decisively seized market opportunities and established a dedicated i5 production workshop and sales team.

The market response exceeded expectations. The sales volume of i5 products in the past year or so has reached nearly 4,000 units, which is a testament to the record sales of new products in the machine tool industry. In April this year, Shenyang Machine Tool and Xuchang Far East Drive Shaft Company and other enterprises reached an intelligent manufacturing strategic cooperation framework agreement to jointly build a high-end intelligent manufacturing demonstration application base in the drive shaft industry. In June of this year, it reached a strategic cooperation framework agreement with the Jiangmen Municipal Government of Guangdong Province to create an "i5 Smart Manufacturing Demonstration Park."

Ningbo Huifeng Mould Co., Ltd. produces electric motors and gearbox parts for Mitsubishi, Siemens, etc., and requires the precision of the parts produced to reach the micron level. The company abandons orders for high-precision CNC machine tools from Japanese and Taiwanese companies and instead purchases i5 machine tools in batches...

Only by relying on the market to evaluate and test innovation achievements can the formation of innovation mechanisms and the cultivation of innovative talents be promoted. Liang Zhiyong, a servo thermal system analysis expert in the i5 team, only has a technical secondary school degree. According to the traditional concept of talent evaluation, he cannot enter the sight of scientific research institutes. However, he overcomes the problem of component heat generation and heat dissipation analysis in the i5 research and development, and eliminates the error Control within 2 degrees Celsius.

For a long time, people have ridiculed some scientific research results as "taking the leader as the audience, using the paper as the means, taking the award as the goal, and taking the warehouse as the final destination". The dislocation of the evaluation mechanism greatly reduces the effectiveness of innovation.

Lin Hu, director of the Shenyang Institute of Computing Technology of the Chinese Academy of Sciences, believes that in the past to evaluate a scientific and technological achievement, sometimes too much reliance on expert review meetings, appraisal meetings, and acceptance meetings would not only affect the industrialization of innovative achievements, but also for scientific researchers, scientific research results only Through expert review, make a few sample prototypes, even if the task is completed. As for whether the results are transferred out and whether they meet the market demand, it has little interest for them, which will affect their innovation enthusiasm.

Innovative talents must grow up in the market; innovative achievements must be tested in market competition. Only in this way, innovation can promote a new leap in Chinese manufacturing.

Why does innovation lack patience?

American innovation scholar Bill Saporito once said: "Either innovate or die. Especially in technology-driven industries, there is no such thing as disappearing faster than success."

Today, with the rapid advancement of science and technology, to realize China's intelligent manufacturing, it is necessary to break through the bottleneck of innovation. Lack of money, lack of people, lack of mechanisms? The reporter noticed that in addition to these, we are often more impatient.

A major innovation often requires huge investment and a long period of time. Whether it can have the determination and endurance to innovate is a test of the enterprise and the government.

I5 has experienced more than 7 years of innovation process, during which it was accompanied by various doubts, the biggest of which is that with so much investment, when can we see the results?

The company keeps explaining the progress of research and development to all parties, and the days go by.

When innovation entered its third year, Guan Xiyou approached Zhu Zhihao, the person in charge of technology, and asked to produce results that year. The answer was "Impossible!" Guan Xiyou once wanted to stop R&D immediately, but he had already invested so much money and there was no turning back. gone.

Impatient emotions come from various reasons: government officials care about taxes, entrepreneurs care about profits during their tenure, scientific research institutions care about scientific research results passing expert review within the specified time... It is easy for those who require large investment and will not be effective in the short term. Lost patience. Just imagine how many people are willing to endure loneliness and withstand the pressure to sit on this cold bench?

Yu Dehai, chairman of Dalian Guangyang Group, who is also committed to CNC research and development, has the same feeling: innovation requires the establishment of a talent team, continuous investment and long-term accumulation. The government must support and tolerate corporate research and development, not just for immediate benefits, "If you support If you don't see the results for a few years, you will give up. It is very likely that innovation will die."

"The sharp edge of the sword comes from sharpening, and the fragrance of plum blossom comes from the bitter cold." Major innovations made in China compete with advanced planning, firm will, and continuous efforts. Only when you can withstand the temper, withstand the test, and withstand the pressure, can you cultivate a positive result.