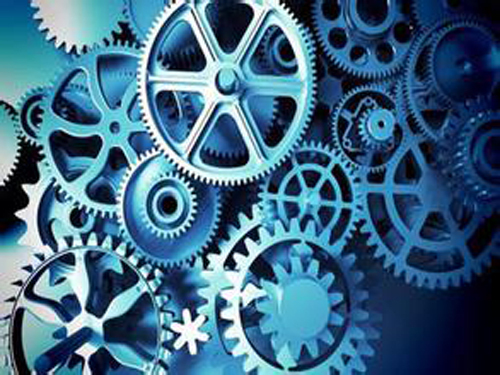 In the first five months of this year, the situation in the machinery industry was more severe than imagined at the beginning of the year. At the recent economic operation analysis meeting of the Expert Committee of the China Machinery Industry Federation, it was pointed out that from January to May, the main economic indicators of the machinery industry declined month by month. The ratio is 70%, and the decline accounted for 30%. In the first five months of this year, only 40% of the varieties increased year-on-year, and 60% decreased. This is rare since the beginning of the new century.

5.5% growth rate, a decline of more than half of the varieties

Statistics show that since the beginning of this year, the growth rate of the machinery industry has slowed down, with low growth in various indicators. From January to May, the industrial added value of enterprises above designated size in the machinery industry increased by 5.5%, which was 0.3 percentage points lower than that from January to April; the revenue from main business increased by 3.9% from January to April, and the realized profit growth was only 0.83%. New lows and weakening of profitability.

Low profit growth and slowdown in operating efficiency. From January to April, the main business income of the machinery industry was 6.79 trillion yuan, a year-on-year increase of 3.9%; the total profit realized was 437.759 billion yuan, a year-on-year increase of 0.83%, but it was still 2.6 percentage points higher than the national industry (the national industry fell by 1.3%). Among them, one of the main reasons for the decline in the profit growth of the machinery industry is: due to the high base of the automotive industry last year, the profit of the automotive industry fell sharply in the first five months of this year.

The growth rate of exports has declined month by month, while imports have continued to decline. According to data released by the national customs, my country's exports of mechanical and electrical products from January to May were 3.12 trillion yuan, an increase of 2.7%. Among them, exports of electrical and electronic products were 1.35 trillion yuan, an increase of 5.1%; machinery and equipment were 913.57 billion yuan, a decrease of 5.1%. It is expected that the export of machinery products in May is still not optimistic. Among the key products, the export of automobiles has dropped significantly. From January to May, the customs counted 317,000 automobile exports, a year-on-year decrease of 11.6%.

At the same time, with the gradual implementation of a series of national stabilizing growth policies, some of the leading indicators of the machinery industry are showing signs of improvement. First, the cumulative decline in orders for key enterprises has narrowed. From January to April, the cumulative orders of key contact enterprises in the machinery industry fell by 3.8%, which was 5.44 percentage points smaller than the decline in the first quarter. Second, the financing environment tends to improve, and the growth rate of financial expenses and interest expenses began to decline in the second half of last year. Third, the upward trend of accounts receivable has been initially curbed, and the growth rate has begun to decline slightly. Fourth, the high level of finished product inventory growth has slowed down. Fifth, the price index remained at 98.86% for three months, showing signs of stabilization. Sixth, the purchase price is still low, which is conducive to reducing costs and increasing efficiency in the machinery industry. Seventh, private enterprises maintained their upward momentum.

In response to the monthly decline of the industry trend since the first half of the year, Cai Weici said frankly that this is the force of the macroeconomic structural adjustment on the industrial structure of the machinery industry, which is dominated by investment products.

In contrast, industries that are more closely connected with the consumer market, such as the automobile industry, have maintained growth in the first five months despite a decline compared with the previous year. Statistics released by the Ministry of Industry and Information Technology on June 23 show that from January to May, the production and sales of passenger vehicles were 8,740,500 and 8,583,200 respectively, an increase of 7.79% and 6.36% year-on-year.

Previous: How to be a good e-commerce for hardware tool companies
Next: Straightening machine
[ Print ][ Close ]